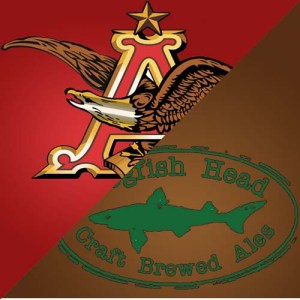 There is a constant battle in the beer world over what exactly qualifies as a “craft beer,” mainly focusing on whether or not subbrands of the macro brewers make the cut. Do brands like Blue Moon and Leinenkugel qualify? How about Goose Island, once a true craft brewer that was bought out by the big guys at AB InBev? These beers are all marketed as craft beers, and even as competition within their own parent company. This seems counterproductive, but it does help keep up the illusion that these are independent craft brews.

To try and counter what could be considered backhanded advertising, the Brewers Association put out a statment demanding that the SABMiller‘s and AB InBev’s of the 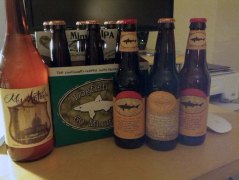 world put a disclosure of sorts on their “craft” brands letting people know who’s really behind the beer. The Brewers Association also tried to get a social media movement going, using the #CraftVsCrafty hashtag. They say it’s for transparency, but let’s be honest here. They know that people actively avoid macro products, and some of those people may be unaware that certain breweries are owned by major players, breweries like Shock Top and Goose Island, or even international brands like Leffe and Hoegaarden. If there’s an InBev or SABMiller logo along side the brand, some customers may reconsider their choice and try a smaller, true craft beer giving local breweries like Kane or Carton a shot.

I understand where the Brewers Association is coming from, and I do think it’s a legitimate request and a good idea to have macro brewers put their logos somewhere on the bottle and six pack of anything they’re selling. The craft beer industry is booming, and everyone wants to capitalize on it, including those already in the game. The Brewers Association just wants to protect the niche market they’ve created, and putting an InBev or SABMiller logo on the beer that they brew will help to do that. 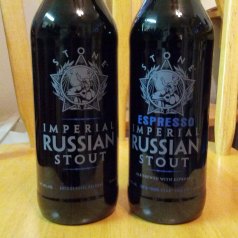 The craft industry has legitimate concerns on many levels with the moves macros have been making. There’s the distribution advantages that the macro brewers have over the small guys, the ability to undercut any craft brewer on pricing, and the ability to push a craft beer off the shelf because of both of those things. There’s also the “indie” feel craft beers have worked hard to develop, and the macros are looking to latch on to that, which no one wants to see. Other, more complicated issues will arise once places like Dogfish Head, Stone, and Lagunitas start getting bigger, moving in to Sam Adams territory, who is no longer viewed as a true craft beer by beer drinkers, yet isn’t a macrobrewery either.

At the same time, there are problems to bringing in a new craft beer as well. A store simply can’t afford to have an unknown beer sitting on the shelf for months, waiting for it to sell, while the Bud supply keeps on flowing. Eventually, that store has to look at their inventory and think “Hey, this beer has been sitting for a long time, that’s money tied up in dead inventory. I’m probably not bringing these guys back in.” I mean, I’ve seen IPA’s that have bottled dates over a year old. I think it’s pretty safe to say that particular beer is not coming back, and that store will bring in something a bit safer next time around. 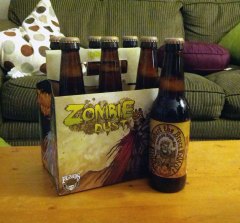 I know this point has been hammered into the ground, but in the end, it really is about the beer, not the label. (Although, with something like Three Floyd’s Zombie Dust, I’ll admit it’s about both.) The Brewers Association can try everything they can think of to prevent macros encroaching on their territory, but they’ll find a way around it. As long as true craft brewers keep producing better beer, then there will always be a market for them, just as there will always be a market for the Bud Light drinkers of the world. Not every new brewery is going to make it, but that’s okay as long as people still care about the beer they drink. Eventually a balance will be struck, and the best breweries in a particular market will either step up and survive, or fade into history.

3 comments on “Craft Vs. Crafty”